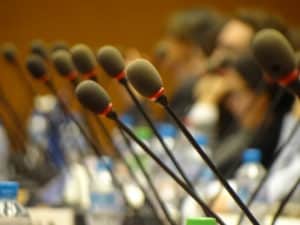 ABColombia, together with the Law Society of England and Wales and the Colombian Caravana UK Lawyers Group, has endorsed an Amicus Curiae regarding the constitutionality of Legislative Act 1 of 2017 in a case currently pending in front of the Colombian Constitutional Court. The Preamble of the Peace Accord acknowledges that the agreements need to be interpreted in line with international treaties ratified by Colombia; these include international human rights instruments as well as the Rome Statute.

The Amicus, written and submitted by the barrister Monica Feria-Tinta[1], challenges the compatibility with international law of Art. 24 (Command Responsibility) and Art. 16 (Aiding and Abetting) of Legislative Act No. 1 of 2017. The legislative act in question was adopted by the Colombian Congress to provide the foundation for constitutional reform to create the Special Jurisdiction for Peace (Jurisdicción Especial para la Paz – JEP). The Amicus argues that the provisions on command responsibility (Art. 24) and complicity (Art. 16) in Legislative Act 1 (2017) are based on narrow definitions, which are incompatible with Colombia’s commitments under international law.

Under international human rights law, Colombia is obliged to sanction violations of human rights enshrined in treaty law, irrespective of whether they were perpetrated by state agents or third parties.

The Amicus highlights that this has been reaffirmed repeatedly by the Inter-American Court of Human Rights, whose case law consistently refers to an obligation of the state to investigate, identify, judge and sanction those who participated in gross human rights violations, including torture, the violation of the right to life, forced disappearances and extrajudicial executions.[2]

Transitional Art. 24 of Legislative Act No. 1 of 2017 states that in determining command responsibility, the JEP should refer to the Colombian Criminal Code in conjunction with International Humanitarian Law as lex specialis. Without making any reference to international criminal law or human rights law, the provision refers to effective control as requirement for criminal liability of high-ranking members of the security forces for acts committed by subordinates.

However, the Amicus explains that this is incompatible with the standing case law of the Inter-American Court of Human Rights, which has consistently held that all intellectual authors (“masterminds”) and other people involved need to be held accountable, including military and police commanders.[3] Likewise, international humanitarian law recognises responsibilities derived from the principles of hierarchy and subordination in military structures.

Colombia is obliged to comply with its duties under the Rome Statute; domestic laws, such as Legislative Act No. 1, are no excuse for incompliance with international law. This is particularly relevant in the context of the ongoing preliminary investigation by the ICC Office of the Prosecutor against Colombia.

There is a general presumption under International Law that individual criminal responsibility cannot only be attributed to those who have committed crimes, such as war crimes and crimes against humanity, with their own hands, but to all persons who have participated in the planning, preparation and execution of such a crime.[4]

Similarly, transitional Art. 16 of Legislative Act No. 1 of 2017 on “aiding and abetting” crimes committed in the context of the armed conflict is problematic, because it implies that criminal liability for complicity is only triggered in cases in which a person’s participation in a war crime or crime against humanity was “active or decisive”. Other complicit acts, such as funding, support, or collaboration with paramilitary structures would thus not fall within criminal jurisdiction.

Art. 25(3)(c) Rome Statute, on the other hand, states that a person is criminally responsible if he or she, “for the purpose of facilitating the commission of […] a crime, aids, abets or otherwise assists in its commission or its attempted commission, including providing the means for its commission…” (emphasis added).

The Amicus is currently only available in Spanish. Download it here.

[2] Cf. Inter-American Court of Human Rights, Penal Miguel Castro Castro, Judgment of 25 November 2006. Series C. No. 160, paras. 436-441. The Court held that “the State must adopt all those measures necessary to comply with the obligation to investigate and, in its case, punish those responsible of gross violations to human rights.”

[3] Cf. Inter-American Court of Human Rights, Hermanos Gómez Paquiyauri, Judgment of 8 July 2004. paras. 231 and 232. The Court held in that case that “[t]he State must also abstain from resorting to measures such as amnesty, extinguishment, and measures designed to eliminate responsibility, as well as measures that seek to impede criminal prosecution or to suppress the effects of the conviction.” (ibid., para. 232).