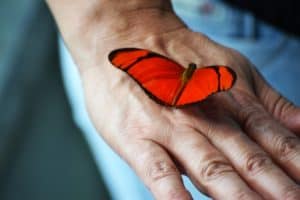 Despite the Colombian Peace Talks and the reduction of combat violence, women have experienced an increased level of conflict-related sexual violence from 149 (2000-2009) to 400 women per day (2010-2015)

Oxfam, alongside local organisations and networks of women, undertook a survey of 142 municipalities to look at the prevalence of sexual violence against women in the context of the Colombian armed conflict.

Their investigation covered the years 2010 to 2015. The Colombian context during these years was a changing one. In August 2012, after five decades of conflict, Peace Talks between the Colombian Government and the Revolutionary Armed Forces of Colombia (Fuerzas Armadas Revolucionarias de Colombia – Ejército del Pueblo-FARC) were officially announced, following eighteen months of secret conversations between President Juan Manuel Santos and the FARC. Colombian women’s networks united and formed a visible and active presence in the country under the banner of the Women’s Summit (Cumbre de Mujeres) to demand that women’s voices be present in the Peace Talks and their proposals for the creation of a sustainable peace for women be taken into account. In 2013, they saw two women appointed to the frontline negotiating team, and the formation of the Gender Sub-Commission, an important body that was to ensure that the final Peace Accord had a gender focus in each and every chapter. Women Civil Society networks and Organisations, supported by UN Women and other international NGOs, played a vital role in offering expert advice to the Gender Sub-Commission and in talking directly with the negotiators.

Peace Talks were started officially with the FARC in 2012, however they were only one of the guerrilla groups operating in Colombia, albeit the largest. The ELN, the second largest guerilla group remained outside of the Talks and continued to operate, as did the neo-paramilitary groups. Whilst combat violence decreased because of the peace negotiations with the FARC, violence against civil society leaders and human rights defenders was dramatically increasing.

Oxfam and other national and regional women’s organisations produced the first survey on conflict related gender violence spanning the years 2000 to 2009, which revealed that on average 54,410 women per year, 149 per day, or six women per hour, suffered from sexual violence in Colombia, establishing that in Colombia this was a systematic and habitual practice by all armed actors in the conflict. This second survey covering 2010 to 2015, reveals that despite the Peace Talks and the reduction of combat violence, women were experiencing an increase in sexual violence with 18.36% of the women surveyed in 142 municipalities being victims of this violence. This violence was perpetrated by all the armed actors: State Security Forces, guerrillas and neo-paramilitaries.[1] This statistic of 18.36% translates into on average 400 women victims per day, over 16 per hour.

The percentage of women victims of sexual violence is greater in the five main cities surveyed (21.7%) and intermediate cities (21.5%), while for the medium (12.5%) and small (8.9%) municipalities it decreases markedly.

The results of the survey made it possible to identify the existence of a relationship between the use of weapons and sexual violence against women. The data raises the need for further investigation into:

The data also shows that patriarchy has diverse regional expressions in Colombia, to the extent that socio-sexual relations and the diverse representations of masculinity depend on the social, historical and cultural context. According to the survey, it is possible that manifestations of violence against women are contingent on these expressions of patriarchy in the regions, and, this could explain the heterogeneous distribution of violence in the territory, as well as, some women or girls presenting at greater risk of being subjected to certain forms of violence due to their context.

This survey demonstrates once again the magnitude of the sexual violence against women in the Colombian conflict scenario. As Colombia seeks to build peace it is essential that we understand what has, and is happening to those who are victims of this violence. The Transitional Justice System will play a significant role in this process, as will the compilation of historical memory. At the same time, the survey points out the importance of investigations into what happens to the victims after the violence, to establish the impact this type of violence has had on their lives, and what has happened in terms of other alternatives for “social restoration”.[2]

[1] The survey also includes the terms paramilitaries and “BACRIM” as categories. BACRIM stands for Criminal Gangs, however BACRIM is the government term for the neo-paramilitary groups that continued to operate after the demobilization of around 30,000 paramilitaries in 2005.

[2] “Social restoration” refers to the process by which an individual or group of people have re-established the ways in which they participate, how this has altered after the violence and  the impact on their social status amongst other dimensions.